You are here: Home / Racing 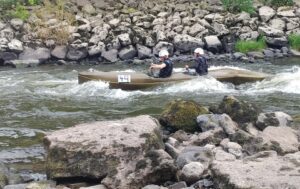 A new experience for some of our paddlers this year. A chance to combine their white water and racing skills at Ironbridge in June 2021.

We have several members regularly training and taking part in marathon racing.

More details about the race and results can be found on dwrace.org.uk